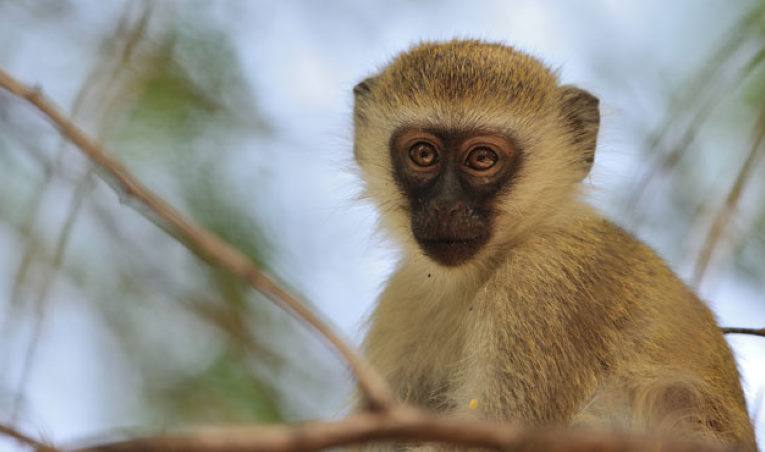 The monkey, the prostitute and generation Y

Five chimps are in a big cage. At the top of the cage hangs a banana, which can be reached by a few steps. But as soon as a chimpanzee sets foot on one of the steps, a violent icy shower floods the entire cage.

After a few showers, as soon as a chimpanzee tries to grab the banana, it is violently prevented from doing so by its fellow chimpanzees. If one chimpanzee is removed and another is introduced, the chimpanzee will of course try to grab the banana before being beaten. Even better: if you take out another “old” monkey and introduce a new one, it will be beaten in the same way, including by the first replacement monkey!

Once all the old monkeys have been gradually replaced by new ones, none of them have been showered, and yet none of them tries to grab the banana. They apply an unspoken rule, without knowing its origins, even though the shower probably doesn’t even exist anymore.

A recent experience has prompted me to tell this little story which shows that punishing initiative with a cold shower can have formidable and lasting effects. And as in the monkey cage, prohibition often becomes culture.

1985. That is to say two years after the arrival of the famous Jean-François Zobrist at the head of the no less famous company FAVI, an automotive subcontractor invariably cited as soon as one speaks of a “liberated” company. It is 8:30 pm. Everyone has left and Christine, the cleaning lady, is cleaning the offices. The phone rings and Christine picks it up. The man introduces himself as a client who has an appointment with her boss the next morning. His plane has just landed at Roissy airport and it was agreed that someone would pick him up.

The next day, when Mr. Zobrist arrived at the office, his client was there, as fresh as a daisy. So what happened? It’s very simple: Instead of telling this client that “everyone has left, and you have to call back tomorrow”, Christine had taken the keys of a company car from a free-access board, picked up the client at Roissy (one and a half hours), took him back to his hotel, then came back to continue her interrupted cleaning. And she didn’t tell anyone about the 3-hour drive there and back. The company had promised to pick up the client, and Christine just felt that it was the best thing to do and therefore there was no need to talk about it.

Zobrist explains in his book that there are two types of companies: those that tell their employees how it has to be done, and those that tell them why it has to be done. The “how” companies spend an incredible amount of energy giving instructions: what time to arrive, when to leave, how to do a certain action, strictly applying specific rules (through dozens of middle managers) to daily routines, and forgetting the essentials: is the work well done and the customer really satisfied? As a consequence: like monkeys, no one dares to change a process or a way of doing things. Initiative is officially encouraged but often proves impossible.

“Why” companies replace this host of rules with a single question: why are you doing this? And the answer is always the same: to keep the customer satisfied. The rest is secondary. Giving meaning to work fulfils an essential human need: a sense of accomplishment, as Edward Deci has shown (see article on intrinsic motivation).

When J.F. Zobrist took over the helm of FAVI in 1983, he discovered an old-fashioned copper foundry, with its workshop, its lines, its junior and senior executives, the director’s glass office overlooking the workshop, its rules, its time clock, its meetings. In short, a small traditional company. Zobrist is a former paratrooper, and his motto is “shoot first, aim second”. But he put it on hold for the first four months, and spent most of his time going around the factory getting to know the employees: their jobs, their families, their hobbies, carefully avoiding any disruption of the established order.

During these visits, he noticed that he was always escorted by the sector manager, until, when he arrived at the border of another sector, another manager took over. A sort of primitive instinct of marking one’s territory. So Zobrist gathered all the executives together and warned them: “I understand that each of you has peed all around your territory. But what you didn’t see is that when I arrived, I peed all around the factory. So my territory is everywhere. There’s no more private turf.”

The first major change Zobrist imposed was the removal of the time clock. “I pay my employees to make great products, not just to be present.” Then he eliminated the bonuses by making them part of the salary. He installed water dispensers in every workshop and left the tool and glove store open. The only constraint was to report any imminent shortage of inventory. And just too bad if an employee stole a pair of gloves to plant his radishes. The administrative burden of putting in requests for gloves cost 100 times the price of a pair in lost time.

Zobrist explained in a general presentation that since the profession of prostitution has always existed successfully, it was perhaps interesting to draw inspiration from it. He therefore laid down four principles that are still valid today.

Turn the organizational chart upside down

In discussions with the executives and members of the Management Committee, Zobrist understood that it was a given for everyone that the worker was bad: he was lazy, a bit of a thief, a bit of a liar, and above all irresponsible. It was therefore necessary to supervise him.

Zobrist started from the opposite assumption: man is good. And so..,

A major precept of Lean management explains that “He who knows is the one who does”. Zobrist therefore imagined an upside down organization chart, where delegation would start from the bottom. It would no longer be up to the manager to delegate tasks that he or she felt were not his or her responsibility, but up to the worker to delegate to the manager actions for which he or she did not feel legitimate. In this way, he encouraged initiative at all levels. And this is how a cleaning lady was able to freely borrow a company vehicle to pick up a customer without referring to anyone. Without being punished or rewarded.

He also changed the organization by structuring the company into “mini-factories” (the autonomous production unit dear to Lean management). No HR department, no purchasing department, no planning department, no methods department. Each mini-plant is dedicated to a customer and has all the skills to deliver the product. Each employee therefore works for “his” customer. And the non-pooling of resources (e.g. maintenance) costs infinitely less than the gains obtained from this customer-centric organization.

A few years ago, a defect was found on a metal part by two workers at the Volkswagen “mini-factory”. Concerned that defects might have been sent to the German plant, they drove 450 km to check it on the spot, without asking anyone’s permission, to Volkswagen’s amazement.

Yes but in our company…

Innumerable books have told the story of these companies that go against the grain (Harley Davidson, Favi, 3M, Goretex, Semco, etc.) where the employee is trusted. Where initiative and innovation are encouraged. Where freedom is preferred to control. Where everyone is treated equally. Where the leader is there to help and not to punish (or reward!).

Whenever I carry out an assignment or training, and I bring up the subject, people immediately say, “yes, but in our company…”,  and then generally follow up with “people are not mature enough”, “this is not the way industry works”, “workers are not responsible enough”, “employees need to be supervised”, etc.

True, but what was the management committee’s view with regard to FAVI employees before Zobrist arrived? The same!

Today we are “discovering” the concept of “liberated” corporate marketing, but the FAVI adventure is more than 30 years old. Goretex is nearly 40 years old, and these companies continue to post unbelievable results.

Why then, are these precepts that seem so natural (trust, autonomy, vision) not applied more? Because the company that should only be dedicated to the customer is also the place where power struggles rage: omnipotent managers, siloed departments, turf-warring bosses, ego worship. And where it is more comfortable for everyone to adopt the cold shower approach.

Generation Y (born between 1980 and 2000) is often seen as lazy people who are impossible to manage. But they are neither lazy nor impossible to manage. They are simply allergic to traditional management, i.e. with fragmented, often useless tasks, with no vision and no leaders to identify with. They are not given the “why” (changing priorities), but the “how” is imposed on them.

What Generation Y wants is the same as their elders: to contribute to something, to participate in a (real) project, to adhere to a vision, in short, to give meaning to their work. Nothing more. The only difference is that their elders were bending over backwards, while Generation Y is massively disengaging … then resigning: In 2017, 85% of employees declared themselves to be disengaged from their company, 18% of whom were “actively” disengaged, and 53% were looking for another position. But everyone is looking elsewhere… 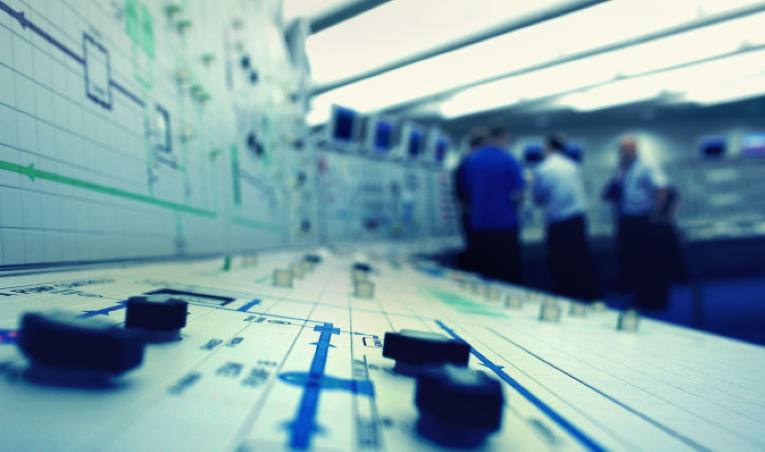 Stakes Supporting one of the SNEF Group Business Unit management team in view of a potential spin-off within the group. Due to the strong BU growth and its broader scope, the team was facing different challenges: Harmonizing overall management... 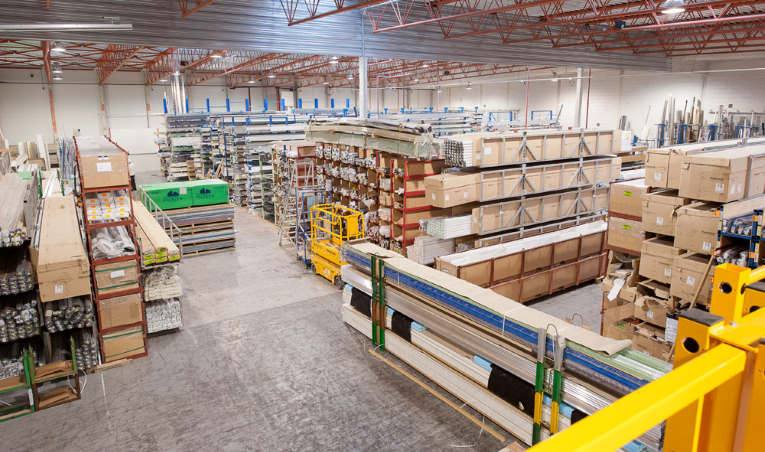 The stakes As part of a broad project to improve the company’s profitability, our project focused on “customer-perceived quality”. Indeed, the after-sales service considered that the product return rate was far too high. This had led to a loss... 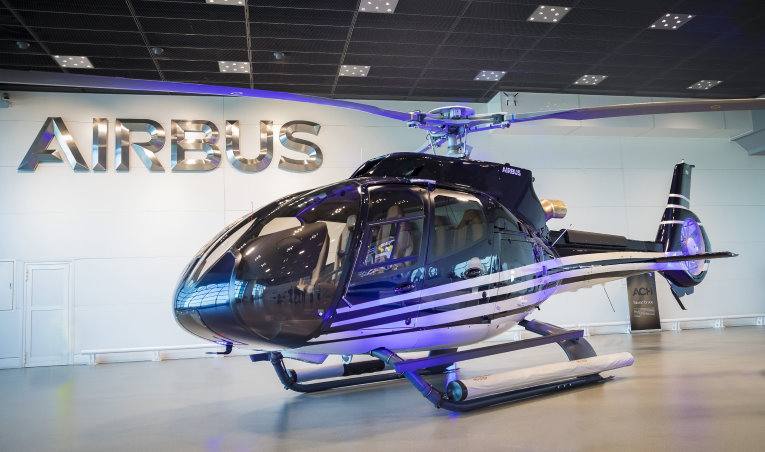 Stakes As part of a drive to optimize the company’s processes, Airbus Helicopters decided to carry out a complete overhaul of the management of “Non-Conformities” in its production line. A dedicated project committee was set up to define and... 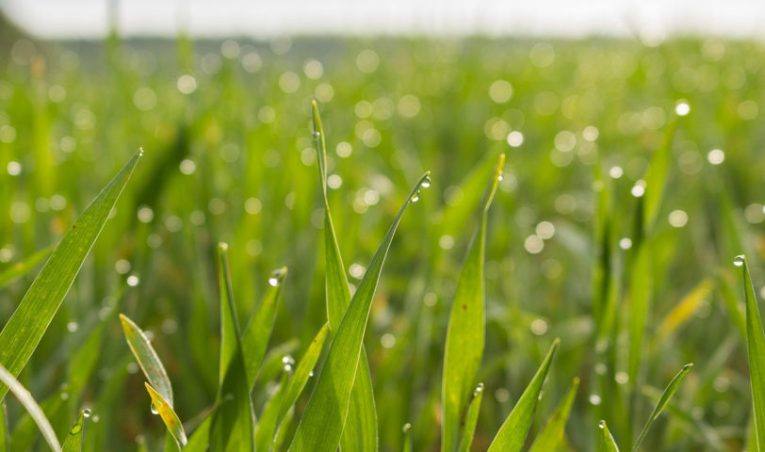